This week all year groups have had morning assemblies on the subject of Anti-bullying.

The aim of these assemblies was not only to reiterate that bullying will not be tolerated but also to encourage students to consider what type of person they are seen as by their peers. We’d like our students to always be the best person they can be, not only academically, but with positive attitudes and ambition.

Would they like to be remembered as being funny, hardworking or trustworthy? What if they were remembered as a child who was disruptive, disrespectful or not particularly kind to others? The aim is to be thought of as kind and respectful with a positive attitude.

Our students were also encouraged to consider what they could do personally to brighten up someone else’s day. A simple small act of kindness can make a great positive impact and is something anyone can do.

As part of our schools aim to inspire students to support eachother more, we are introducing the opportunity to become an anti-bullying ambassador with training through The Diana Award.

During the Assembly students were also shown videos from The Diana Award Anti-bullying campaign. 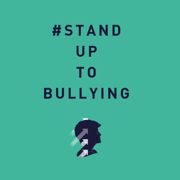 Anti-bullying from The Diana Award

Supported by HRH The Duke of Cambridge, The Diana Award Anti-Bullying Campaign engages young people, parents and teachers to change the attitudes, behaviour and culture of bullying by building skills and confidence to address different situations, both online and offline.